The other day I was sitting in my office working away at a knitting pattern. It was a dreadful day. Snow had turned to rain in in Oslo in January that makes it look so dreary. To my surprise some young people were out and playing with something at the new bench at the bus stop outside.

I looked up from my work every now and again, and when I found out they were yarn bombing the bench they had my full attention! Here are some photos of what they made of the bench and the bus stop. 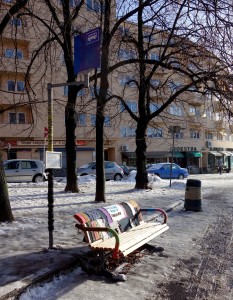 Yarn bombing, or yarn graffiti, is not a common sight in Oslo. I think I found out why today. After the bench had got the lovely treatment a few days earlier a man in a van showed up today. The van had “no graffiti” written on it, and the man works for the Oslo City council.

It took the creative young people hours in the rain to cover the bench and send out the message “life is like a box of chocolate”. It took the man and his knife 15 minutes to remove any signs of creativity. 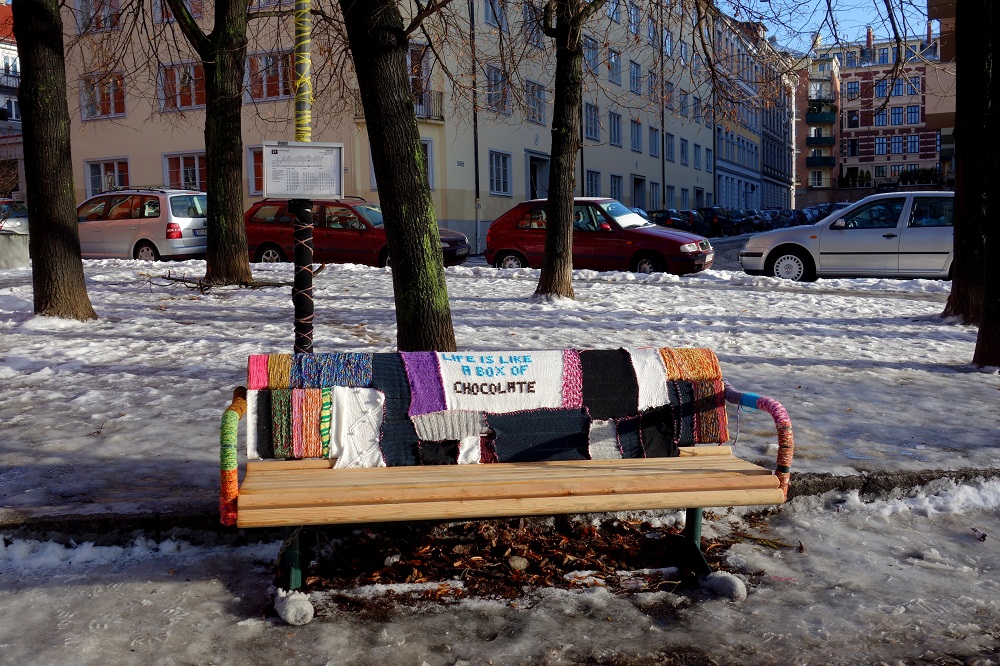 Who knows? Maybe Forest Gump would have liked it – but then again – why should anyone come to Oslo? No room for creativity here…..

I have just come back from a trip to New Zealand and they cherish their creative yarn bombers. Here is a photo form Davenport just outside Auckland. 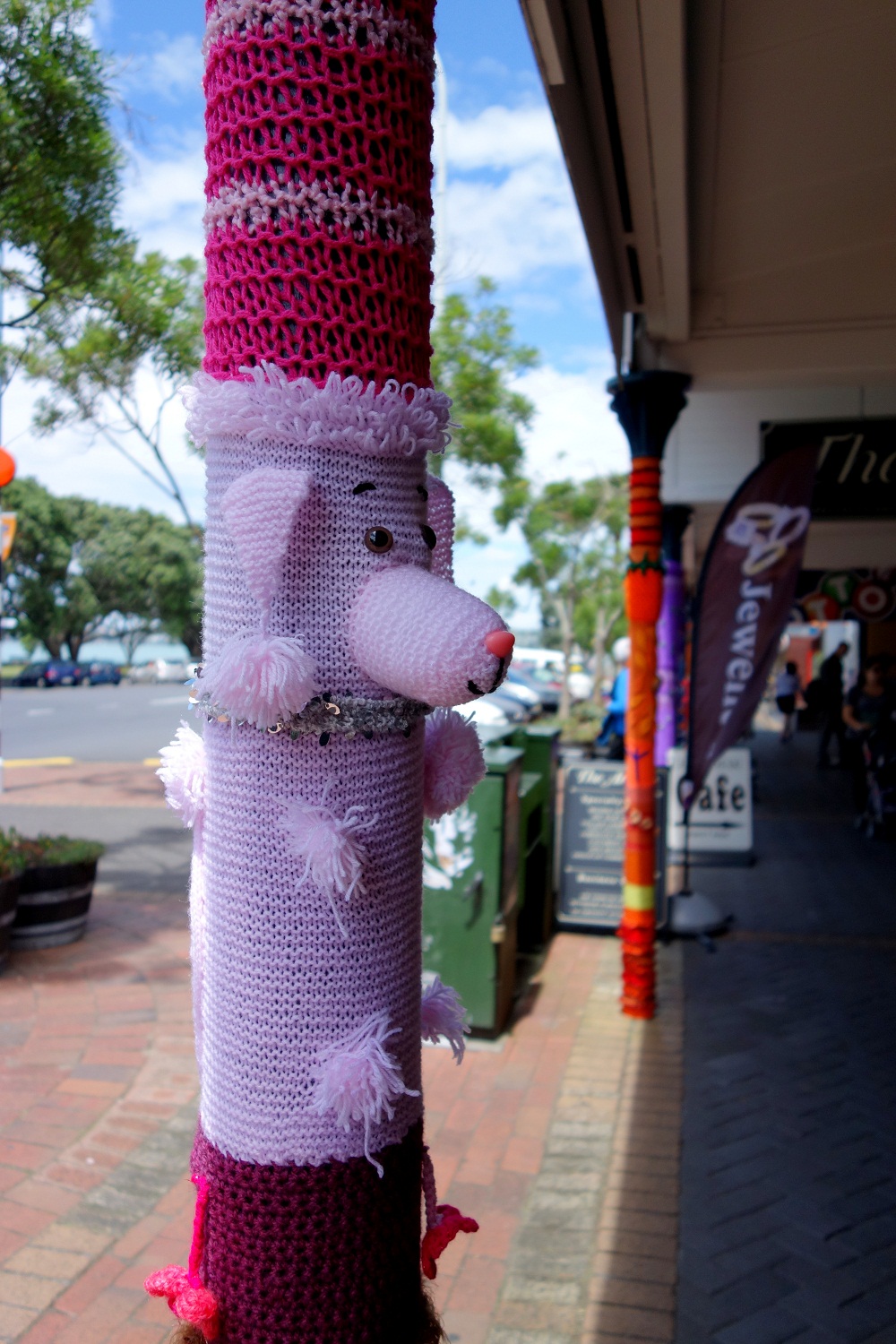 If there is a lesson to be had from my two very different experiences it must be that we have some work to do in Oslo!